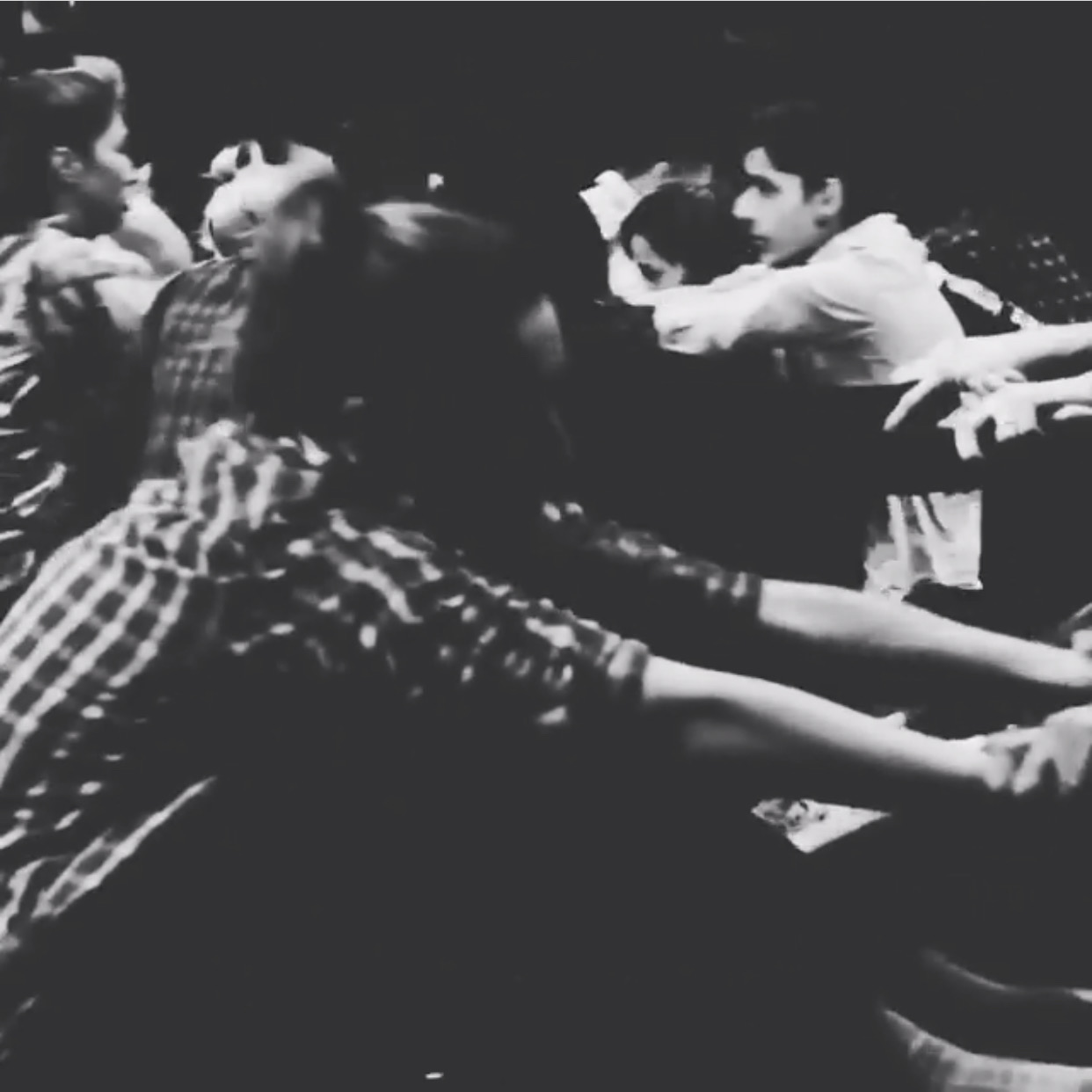 Do you see yourself choreographing at some point?

I am already making my own pieces actually. I do it in groups as well as I perform solos. Sometimes I just choreograph. Recently, I created and performed a long duet with Melissa. Just before coming to Abu Dhabi, we performed with six other foreign dancers during a festival in Istanbul. It was more like a state modern dance. I am not trying to convey very strong and powerful messages through my performances. What I am trying to do is to make the message light and simple and to keep the performance interesting and fun to watch. I believe it is more difficult to find simplicity within a movement than to just make strong phrases.

Is there an example of a piece that you particularly like?

Five to six years ago , I saw a Trisha Brown Piece in New York. I was there, on a scholarship with my friends and we used to watch this show,every night. Many famous companies performed there but Trisha Brown’s simple piece , Spanish Dance , really influenced me . It comprised of five people, who just stood there  then turned around and sat facing towards the side of the stage. After the spanish music played for five minutes, the performer at the back raised his hands,moved forward and crashed into the person ahead and the performer ahead repeated the movement and so on.Most people did not understand that piece but to me, the simplicity of that piece was so significant and beautiful.

What do you think about performing in Abu Dhabi in comparison to where you’ve previously performed?

I think being in the Middle east, people might make some connections, in their minds, but I think our piece has a general message. It’s almost a universal piece, to which people can easily connect to. For example, that dominant,powerful figure that you noticed in the trailer of our piece doesn’t necessarily have to belong to the middle east ; it could belong to a family, just a powerful figure trying to control the family and basically that’s it.

Tell us something that you strongly believe in when it comes to performance and movement.

I strongly believe in hunting down the hidden talent. I feel like there are many people who are very talented but they do not know how to sell themselves in order to get to platforms like this one (NYU Abu Dhabi). I was wondering how does the institute selects performers. Is it through an application process? Well, whatever it is, I would really like to see institutes like this searching for these hidden dancers and performers and giving them an opportunity to express themselves. I would really appreciate that.

Debra’s Observations of the Fifth Class

Debra’s Observations of
the Fifth Class