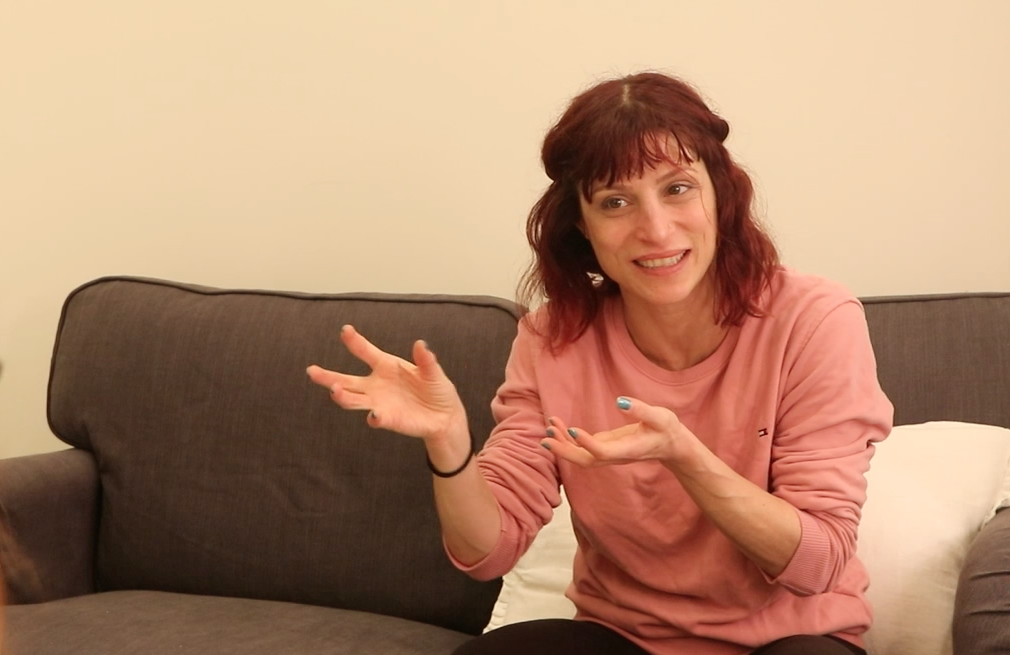 What was your path of becoming a dancer? Is dance what you studied?

I first graduated in management, but then I realized that throughout my life, since I was a small kid, it could not just stay my hobby. It started with some private dance courses and I met a lot of beautiful instructors, which led me to the opportunity of dancing professionally in a company. But it started as a hobby, because the system tells you what you should do. You should be an engineer, a doctor… but a dancer? “You dance?” they ask you, oh, such a pity. Yet the passion and the love couldn’t just go away. I realized I don’t want to do any management, I want dancing. I should have educated myself more in that sense and so I started with the dance conservatory. And so, I became a professional dancer who earns money by dancing. However, I don’t like to label myself as professional. Dancing doesn’t have an end and every single day you discover something new about your body and what it is capable of. You always try to become “it”, but you never actually do, which is what drives you forward.

How did you meet Aakash and is his project #Jesuis making a difference in your life?

He came to our conservatory, where I was teaching dance, to give workshops and I went to all of them. He also performed at our school and it made me cry. I was so impressed and hungry for more of whatever he was doing. When he was dancing, he connected to something. After the performance, I ran to him and thanked him. I watched a lot of artists that impressed me, but he was the first one that touched my heart. Three years after this he tried to contact us, but he didn’t know my name. He was looking for a girl who took all the classes, red bob haircut, short and eventually he found me. He emailed me and of course I decided to work with him. Then it all started and we were going to UK and he was coming to Istanbul as well. I was there as a dancer and I didn’t have a goal of transmitting certain message. I was just exploring what can oppression echo in the body, but when the Work in Progress piece finished, I started feeling the oppression in the piece. We had thirteen #Jesuis shows in Edinburgh and I felt sick after every show. This was the first time that I participated in such a dark, conceptual piece and everything was a bit heavy at times. It’s really tiring, psychologically and physically exhausting.  We were being wrapped and you felt the suffocation. We were being thrown around, without knowing… because the piece was partially improvised. There was always this tension in the air. I was literally crying in one of the pieces because I couldn’t breathe. And I felt like that in every show. But now I am able to distance myself from it and it’s also fully choreographed, which really feels better. But the improvisation had some advantages, because it’s very real and in the moment… but technically, it was more exhausting and dangerous.

How did the rehearsal process change when you moved from Istanbul to Abu Dhabi? Were there challenges? And what is your vision for this project?

Istanbul is a crazy city and it takes you two hours to get to the rehearsal. We were less focused there, we had more time deal with our own issues. Here in Abu Dhabi we are so focused, we are here only for this. It’s like camp and it’s really amazing. We are so much more efficient, we produce, we create, create… I’m very excited now. In Istanbul, I didn’t have much hope for it, but here in Abu Dhabi my vision really changed. I know it’s going to be great. It’s going to give a lot of feelings to people… because we have Aakash… he delivers it to us and we can deliver it to other people. Some issues I face are for example if there’s a resistance in the room, it really blocks me. When Aakash gives a task and if someone is not willing to do it, it really changes the energy and it disrupts my workflow as well. We have to believe in what he says and we have to surrender… full surrender. I need this kind of energy in order to create. Aakash can sometimes offer some very weird things and it’s important that we embrace it. But we discussed this and it’s better now. And what I mostly enjoy about this process is creating and when I surprise myself. For example, as Beril, I have some very standard and signature moves. But if I can surprise myself in this creation process, it makes me very happy and you know… aaaaah (excited scream)!

What do you think was your most important contribution to #JeSuis?

(laughs) This is a very wrong question for such a low self-esteem person. But I do think that I’m a very hard-working dancer. I really go for everything, even if it seems nonsense. I play with it and I really surrender to Aakash. This kind of support can be my best contribution to this process. I might say something to Aakash about my dance skills and he always tells me that if I wasn’t a good dancer, I wouldn’t be here. He sees something in me, which I cannot see. And this project has helped me with my self-esteem. I feel so free to do “stupid things” in rehearsals. I really used to be worse, while now I say to myself ok, this is the material and I worked hard. Thank you, my body, thank you my mind. I have this energy and fire in me, which I can now give to this project and Aakash. I’m with him and say this all the time.

As a Tourist in Athens

As a Tourist in Athens